The Management & Economics Society of CIM, and the Association for Financial Professionals (AFP) of Vancouver and PRMIA Vancouver are pleased to present:

will deliver a presentation on:

1. General US Economic Outlook in 2015
2. US Housing and Energy Markets
3. The Danger of ‘Too Low’ Interest Rates

Mr. Rupkey spent his early career working for Larry Kudlow at UBS Paine Webber. From 1981 to 1985, he was Chief Economist at Cantor, Fitzgerald. In 1987, Mr. Rupkey joined BTMU and is presently Managing Director and Chief Financial Economist in the Economic Research Group.

Mr. Rupkey is frequently quoted in the Wall Street Journal, Bloomberg News, Reuters, Yahoo and other investor publications. In addition to roles as President of the Money Marketeers of New York University from 2001-2002, a club in New York made up of Wall Street dealers and New York Fed staff, and President of the New York Association for Business Economics in 2009-2010, in September 2013, Mr. Rupkey was awarded the National Association for Business Economics (NABE) Outlook Award. This annual award is presented to the NABE Outlook panelist with the most accurate economic forecast for the previous four quarters.

Based in Hong Kong. Mr. Tan has 25 years of work experience in markets, public sector and academia. Mr. Tan has been voted a top five currency strategist by Asiamoney (including a #1 ranking in 2003 and #3 rankings in the 2013 and 2014 Offshore Renminbi polls). He has also been cited by The Asset magazine.

In government, Mr. Tan was the Greater China economist of the US Federal Reserve Board; and in academia, Mr. Tan has been Visiting Fellow at the Korea Development Institute, Lecturer at the University of Hong Kong and Consulting Professor at Stanford University. He has an undergraduate degree from the University of Southern California; and graduate degrees from Harvard and Yale Universities.

Mr. Tan has appeared frequently on Bloomberg TV, CNBC and Channel News Asia; and is quoted regularly in Bloomberg, the Financial Times and the Wall Street Journal among other outlets.

Seats are limited, and no admission without registration.

Payment: Fax Completed Registration forms to AFP Vancouver at 1-888-593-8166 OR use FAX ME (complete the Registration Form and upload it using FAX ME)

For cancellations, we require THREE days prior notice for payment refund. All payments will continue to be processed for guests who do not show.

For members not able to open the attachment and wishing to pay by credit card, please fill in the following information & submit via fax to 1-888-593-8166.

How to Attend: The seminar is complimentary. Please register for it by Tuesday, October 4, 2022, to secure your place. RSVP via Eventbrite (click HERE) if you are interested in attending it.   For its[...]
Nov
8
Tue
all-day Rocks & Stocks 2022
Rocks & Stocks 2022
Nov 8 all-day

Keep up to date by checking us out at: www.cimmes.org     Be part of an MES conversation, start a conversation or simply be informed – join us on LinkedIn! Click HERE to register![...]
View Calendar

We at CIM MES would not be able to accomplish everything we do throughout Canada and beyond, annually, without the generous backing of our partners, sponsors, supporters, and volunteers.

The Management & Economics Society expresses a special gratitude to the following supporters and sponsors for their extraordinary assistance. Please visit them online by clicking on their logos below!

To learn about financial sponsorship opportunities, how you can support us or how to partner up with MES for an event please contact us. Thank you! 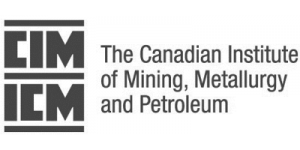 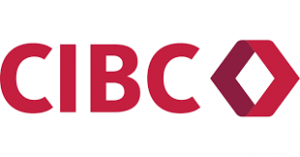